Kobane, Rojava and the Western Left

A brave experiment in participatory, democratic socialism is under threat from a theocratic, fascist, death cult. A coalition of authoritarian autocracies, Middle-Eastern monarchies and imperial and faux-imperial powers launch air strikes in support of fighters resisting the rapid advance of black-clad Islamists. These resistance fighters – defending a progressive, socialist enclave in a civil war-torn country – have been listed as a terrorist organisation for almost three decades by the various coalition partners, but are now in receipt of training and weaponry for use in their war against this nascent Islamic State. Meanwhile, one nominal member of the anti-IS coalition, conducts raids and attacks forces within its own borders loyal to the guerrillas fighting IS. They prefer jihadist slaughter across the border to their own populace’s bourgeoning calls for justice and autonomy. Twelve months ago a faltering PM lost a vote to bomb in support of rebels that now form the rump of ISIS. He sent weapons via regional partners instead. Generals now call for pragmatic alliances with regimes they last year were close to bombing. Alliances against the lesser of evils. ISIS’s ranks are swelled by foot soldiers from all over the world enthralled by the brutal ferocity and righteous edicts of Islamism. Chaos reigns.

In a situation akin to early 20th century Europe, there is a tangled web of rudimentary alliances and rivalries, with each actor threatened by continent-wide internecine warfare that seems to have become the hallmark of the Middle East. 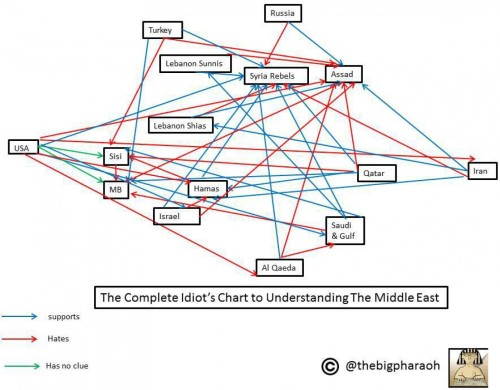 The left’s response to these events has been woefully inadequate. Preoccupied with a dogmatic anti-Americanism that preaches against any intervention by Western powers, they’ve been slow to realise the nature of the Rojavan revolution and the threat it faces from Daesh/ISIS columns. While propagating against Western imperialism, they have offered little support to a fledgling cause that offers a rare glimpse of progressive, democratic, socialist, working class organisation in a part of the world where politics is synonymous with ethno-religious enmity. 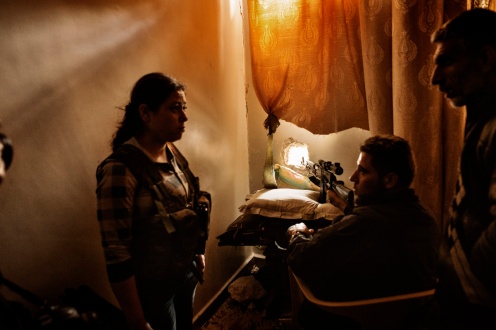 There is little doubt that the seeds if ISIS’s terrifyingly fast growth were sown in the invasion of Iraq in 2003. The removal of Saddam, a tyrannical, secular Ba’athist, opened a Pandora’s box of sectarian conflict and rekindled old animosities that were once crushed under his iron fist. We can postulate that the roots of Islamic extremism can be traced further back into the days when the sun never set – and the blood never dried – upon the Empire. The carving up of territory and spheres of influence after the fall of the Ottomans – The Sykes-Picot Agreement – has left indelible scars across the region.

Establishing arbitrary borders by decree; quashing independence movements by force; extracting and exporting natural wealth from the land for the benefit of European elites; toppling democratically elected leaders who wish to challenge the economic dominance of colonial powers; supporting vile dictatorships insofar as they don’t disturb Western property or hegemony – this is the West’s history in the Middle East, the ISIS bloodbath is its legacy. 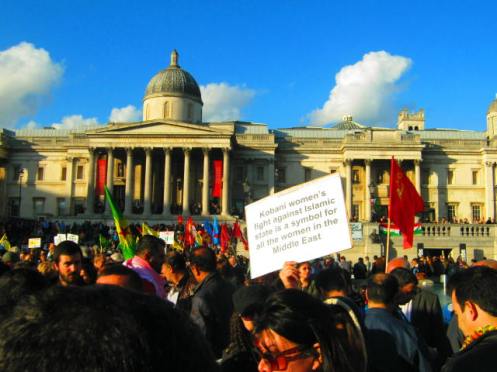 Leftist movements, secular nationalism and pan-Arabism have been superseded by the growth of a political, militant Islam which manifests itself in the beheading of apostates, murder of opponents and now, the massacre of Kurds. They are honest about their brutality and parade their sadism online as if it were a badge of honour. The egalitarian gender-balance in Kurdish People’s Protection Units riles their fighters, as does the Rojavan experiment in libertarian socialism. The Kurds face victory or death. 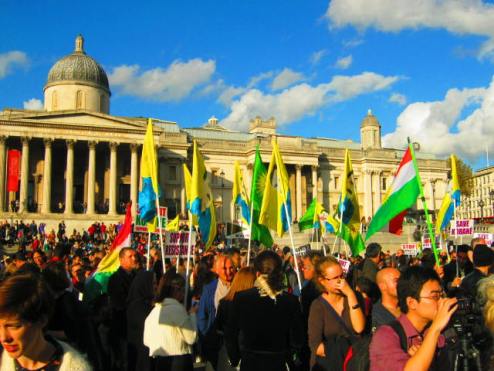 Turkey’s initial intransigence in aiding Kurds across the border is unsurprising. They fear successful Kurdish autonomy more than they fear jihadists. Their decades-long war against the Kurdistan Worker’s Party does not ingratiate them to the Kurdish cause and they are more bothered with realpolitik than with any humanitarian concerns. In the region, Turkey is not alone in either its tacit or active support for ISIS. Although ostensibly parts of the anti-ISIS allied coalition, Saudi Arabia and Qatar have done little to assuage fears that they have funded the Sunni Salafist jihadis against the Shia regime of Bashar al-Assad. Their brand of fundamentalist Islamo-fascism doesn’t stray far from the Wahhabism of the House of Saud.

Islamic State’s rapid growth was spurred on in other ways. The sectarianism of Iraq’s Shia government contributed to Sunni grievances and legitimised – in the minds of many disenfranchised Sunni’s – the actions of insurgents, adding fuel to the fire of religious extremism. State of the art US military equipment left by a retreating US-trained Iraqi army furnished ISIS as a formidable fighting force, able to take on conventional armies. Similarly, American and European military aid for anti-Assad forces inside Syria has undoubtedly passed into ISIS’s hands in the wake of their massive upsurge. 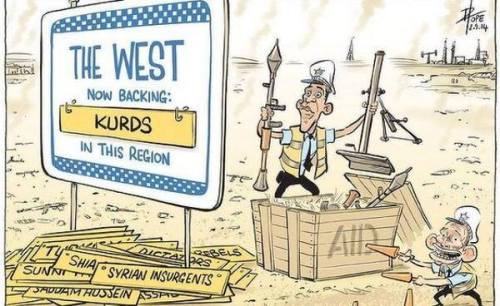 The left needs to move beyond it’s rhetorical twists-and-turns and confront the situation as it is. Their hollow calls for solidarity are belied by the emphasis they place on critiquing US intervention against Islamic State rather than emphasising the dire consequences ISIS victory would bring to the people in revolutionary Kurdistan. It is pointless to pretend that Western intervention is predicated on a liberal benevolence as opposed to geopolitical considerations. But coordinated air strikes and the supply of heavy weaponry, training and intelligence to the YPG/YPJ resistance may be the only hope the people of Rojava have of survival. The alternative is rape, murder, torture and enslavement. The left’s refusal to recognise realities and detach themselves from an outdated view of the world with the American-imperialist bogeyman as the number one bete noire of the international proletariat is symptomatic of their predicament. They are on the defensive, stuck in a feedback loop of negating anything and everything the US does before defending positive examples of actually-lived social alternatives that are facing extinction.

Would the anti-American, ideological puritans of the left have taken issue with British State aid to the Spanish Republic in the 1930s? Would they have preferred to see the Nazis marauding through Europe rather than align themselves with Anglo-American imperialism? People are dying defending the principles of equality and freedom against barbarism and adherence to an anachronism does nothing in their favour.

4 Comments to “Kobane, Rojava and the Western Left”